Unipkaaġusiksuġuvik (the place of the future/ancient) is an installation of an Iñupiaq ceremonial house that exists between the hyper-future and the super-ancient. It is an interactive installation that was exhibited on the 4th floor of the Anchorage Museum for October and November in 2016. The artist, Allison Akootchook Warden, was physically in the exhibit for almost 380 hours over the course of the two months.

The interactive installation was the host of many community events, including "Talk Show Tuesdays (and Thursday's Too)! in which Warden hosted a talk show with special guests every Tuesday and Thursday.  There was also "Dance Party Wednesday/Fridays" where patrons were encouraged to dance during their lunch hours.  Traditional healing happened in the space and both a massage table and a massage chair were on hand for patrons to heal one another or experience traditional healing.  Iñupiaq artist Gretchen Sagan hosted a "Make a Moose Hide Name Necklace" on most Saturdays for two months, and Iñupiaq traditional healer Allison Kelliher hosted a "Traditional Plants as Medicine" workshop.  There was also an Iñupiaq Halloween night with a costume contest as part of the Anchorage Museum's Halloween festivities.  The Kisaġvigmiut Traditional Dancers practiced in the space each week, with the most powerful part being the taliq (bench dances) being practiced and performed on the traditional Iñupiaq benches recreated in the exhibition.  "Performing the taliqs in the way that they would be traditionally performed, in a space similar to one our Ancestors utilized was very powerful to be a part of and also witness, " quotes Warden.

Included in the installation were quilts and planet pillows, with the intent of allowing patrons to have a space to relax and unwind.  A space to decolonize one's spirit, a space to take a nap, if so inclined.  People were able to spend the entire day in the space if they wanted to, and at times impromptu performances by visitors would happen.  Numerous school groups visited and engaged with the space, either given a workshop by Warden teaching students how to speak some Iñupiaq, or a rap concert with her performing as AKU-MATU.

Each day for the two month run, Warden would draw in her "Whaling Captain's Log", which took up a wall in the main entrance to the space.  She would draw about her visitors during the day and also reflect upon her time spent as being a living part of an exhibit.  "It was quite a test of my endurance.  What was most special was making one-on-one connections with patrons, conversations about the intentions woven throughout the work, about being Iñupiaq in 2016.  At the end, it was heartbreaking to let the space go, as the presence of the Ancestors was felt by many who visited the exhibit." 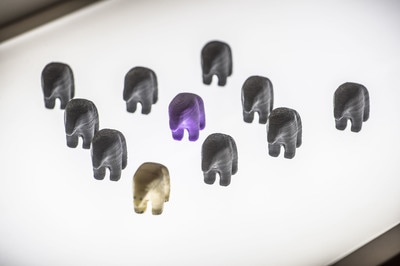 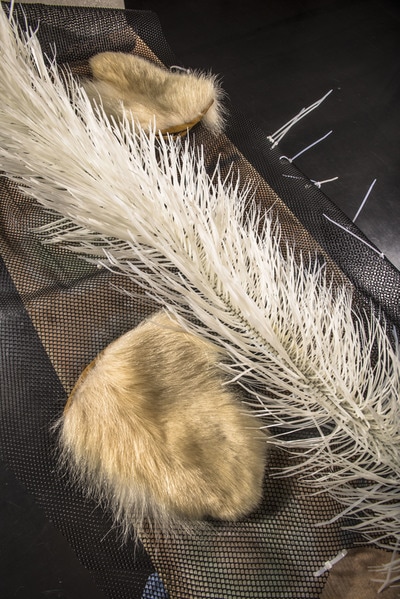